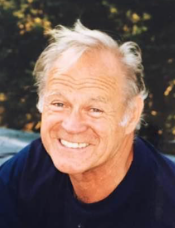 James “Jimmy” Lundberg, a resident of Yonkers, NY and more recently Warwick, NY passed away on Thursday, April 16, 2020 with his daughter Dawn by his side. Jimmy passed from complications related to contracting COVID-19

Jimmy hailed from the South Bronx and worked hard to create a successful plumbing business called Power Rooter. Calling Jimmy a character would be an understatement, and anyone who knew him would agree. He often traveled the Caribbean and his favorite place was San Juan. He enjoyed fishing, boating and skiing in his younger years.

Jimmy became infatuated with birds. This started when he began raising pigeons on his apartment building rooftop in the Bronx. He later purchased and lived part time on a farm in Pennsylvania where he would come to raise thousands of pigeons. Jimmy also raised chickens, quail, doves and other birds, but pigeons were by far his favorite. If you asked him “why pigeons?” His answer was simple “they bring me peace.”

Jimmy is predeceased by his daughter Robin Lundberg, his parents Evelyn Shea and James Lundberg as well as his brothers Frank and Harold Lundberg.

In lieu of flowers, donations may be made to Schervier Pavilion, 22 VanDuzer Place, Warwick, NY 10990.

Funeral arrangements are honorably entrusted to Zygmunt-Murtie Funeral and Cremation Service- Proudly serving Warwick and the surrounding communities. For directions or to leave a condolence please call 845-977-6127 or visit www.zmmemorials.com.

To send flowers to the family or plant a tree in memory of James Lundberg, please visit Tribute Store
Saturday
25
September