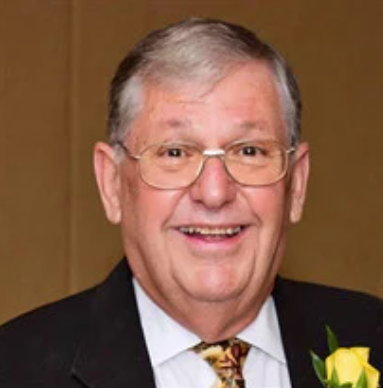 He was a proud Veteran of the U.S Army serving from 1961 to 1968 and was a member of American Legion Post 28 of Millsboro, DE. He supported our deployed troops in heart and soul, wearing his RED shirt every Friday. His neighbors would watch each day to see if the stars and stripes proudly waved from the flagpole at the front of the house.

He served his community as a member of The Mountain Lodge Park Fire Department and the Blooming Grove Volunteer Ambulance Corps. He also served as an Orange County Sheriff’s Deputy, and as a dispatcher for the Dewey Beach Police Department. He was long involved in local politics and became known as “the guy to call to see who to vote for”.  He served on many boards and committees in the town of Blooming Grove, New York. He was also a member of the Knights of Columbus in Rehoboth Beach, DE.

He was a dynamic salesperson and could take the worst sales routes and turn them around by working hard and providing excellent service to his customers.  He had a wonderful sense of humor and was always ready to share a joke with anyone he met.  As an entrepreneur, he co-owned Alba Taxi and Strong-Basile Funeral Home with his wife, Barbara.  After graduating from McAllister Institute of Mortuary Science, he had a distinguished career in the funeral industry serving as a turnaround specialist for Service Corporation International. Working at the New York City Funeral Homes of Frank E. Campbell, Walter B. Cooke, Riverside Chapel, Jeffer’s Brothers, and National Funeral Car. In his positions, he gained a reputation as a fair and honest leader.

After moving to Delaware in 2003, he enjoyed reading and doing word puzzles.  In a short while, boredom set in and Frank returned to the funeral field where he spent 14 years working for Parsell Funeral Homes and Crematorium.

He was a devoted, hardworking, and loving husband, father, grandfather, brother, cousin, uncle, and friend.

To send flowers to the family or plant a tree in memory of Frank Basile Sr., please visit Tribute Store
Saturday
20
August